In ODDS & IRONS: Dino Combat Racing  players compete in a Victorian derby using prehistoric birds called Moamegus. Players pick their Moamegus species, and hire a jockey from a diverse cast of characters.  Once the race begins they'll have to avoid obstacles, use unique weapons, and make the most of their feathery steed's stats and jockey's abilities.

First one to reach the finish line in one piece wins!

Choose the species of Dino that's right for your play style!

Want to be as fast as possible? Race with a Wretch.

Want to be as strong as possible? Ride a Broadhorn.

Want to take a more balanced approach? Try a Continental.

Even your odds by hiring one of the world's greatest jockeys!

Pick from a cast of Bruisers, Gamblers, Defenders, or Speedsters...

Avoid obstacles and pick up unique contraptions to use against other players on a race track you can customize!

Make your own Circuit or Cup, or choose from one of the recommended tracks.
Compete in a unique race every match!

"The art of ODDS & IRONS promises a fast-moving, light-hearted,  and slightly nutty game, and the gameplay delivers. Our game at PAX was marked by several lead changes, unexpected turns (literal and metaphoric), and shifting alliances as players ganged up on the leader. The mechanics were easy to pick up, and players were presented with meaningful choices both in set-up and in each turn during gameplay." -Mark (gamer and educator)

"ODDS & IRONS effortlessly maintains a balance that many AAA games strive for but do not achieve. Half bumper cars, half bag of tricks, wholly enjoyable. O&I is truly the thinking man's racing game." -Stephanie (gamer and student)

In order to download this Jurassic Kart Racer you must purchase it at or above the minimum price of $1 USD. You will get access to the following files: 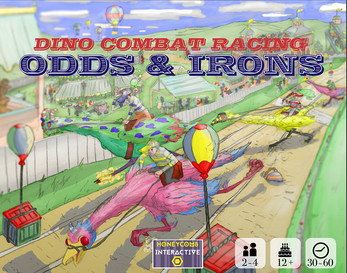 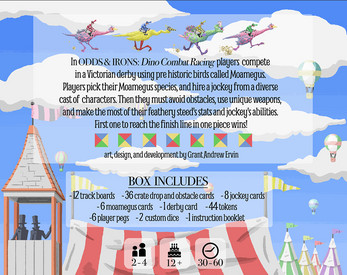 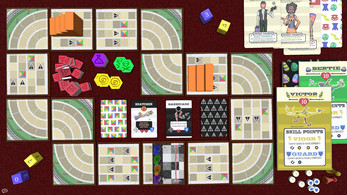 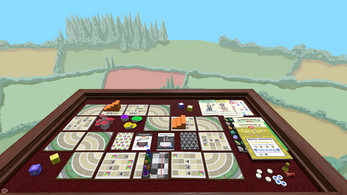 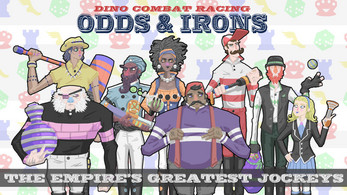 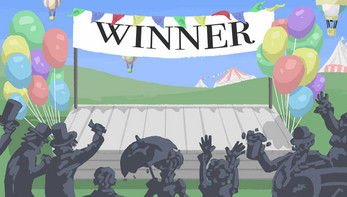 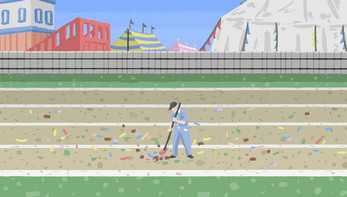